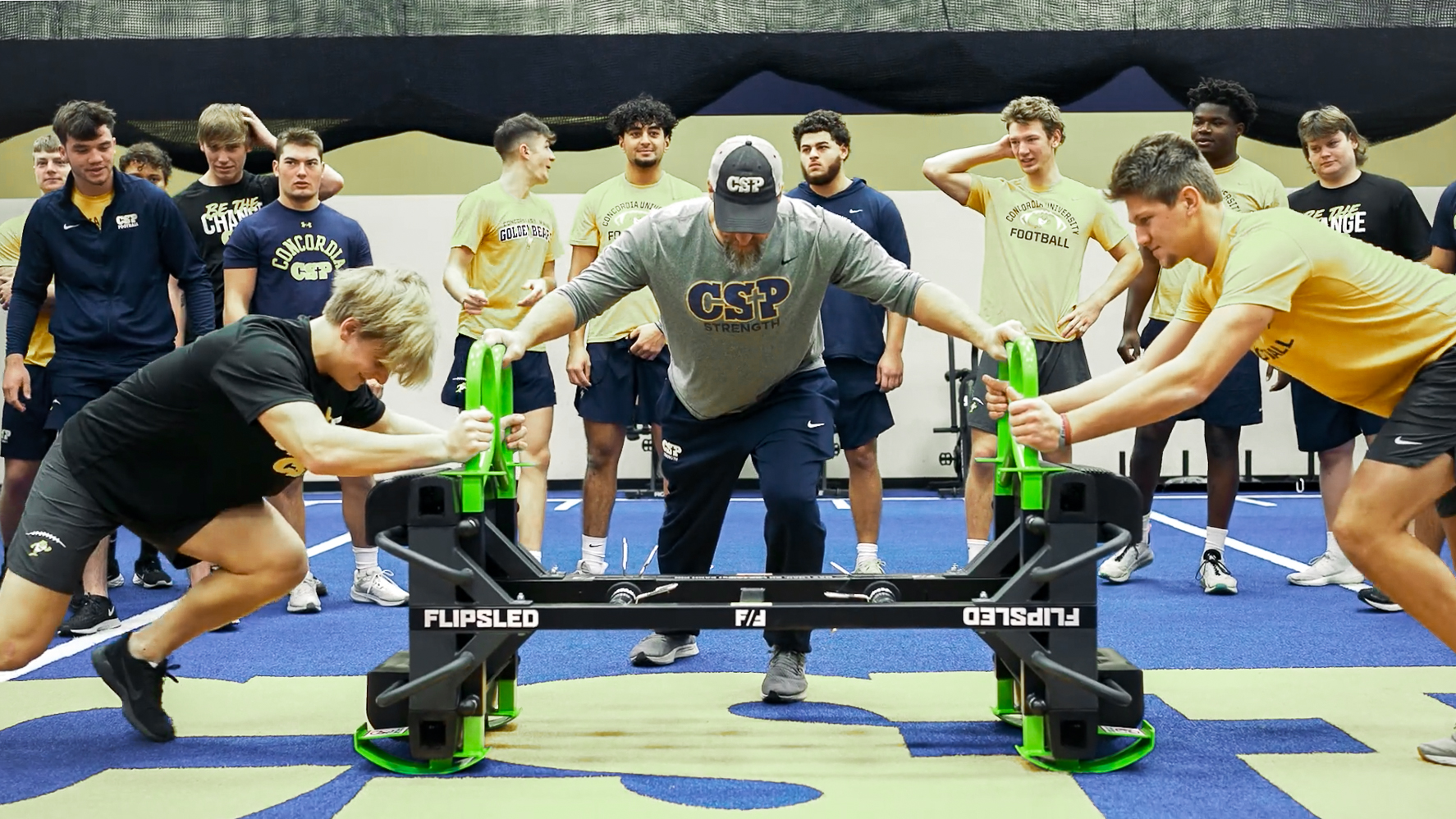 Concordia St. Paul Football competed in a 1v1 push challenge with the FlipSled that encouraged grit, high energy, and resilience.

The Push of War:

The Golden Bears used one FS-300 for a head-to-head sled push. The athletes were separated into two teams that competed with one player at a time to push against their opponent. Coach O described the purpose behind the Push of War drill, "No matter what position, you're going to get into a situation where you are going to have to fight the guy across from you".  This style of sled push created a fun and competitive environment with drive and determination from the players.

During the 2022 football season, Concordia St. Paul football held 6 am freshman competitions every Thursday morning that allowed the freshman players to compete and bond. This Thursday, the Golden Bears utilized the FlipSled to challenge their freshman squad. This 6 am wake-up call was a fun one with the CSP Football FlipSled Push of War competition!